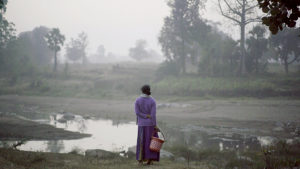 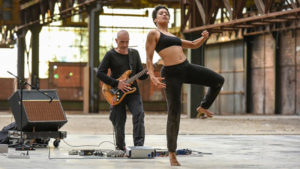 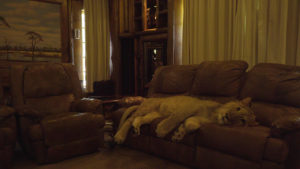 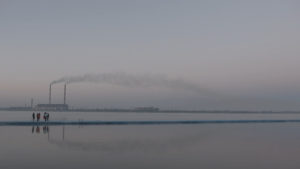 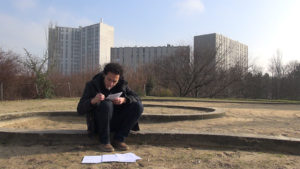 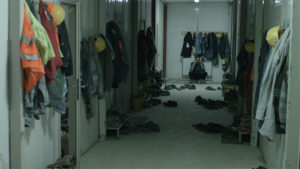 ALGERIA, OUT OF PLACE

Synopsis: I set out with my father, an Algerian filmmaker exiled in France, on a journey to the village where he grew up as a child. There, we gather the silent memory of those who bore witness to France’s colonial policy of forcibly resettling Algeria’s rural population.

Synopsis: In Brazzaville, apostle Médard’s mission is to heal victims of witchcraft. When one d ay we publicly accuse him to be a witchdoctor as well.

Synopsis: Many people are experiencing on a daily basis perceptions, voices or sensations of presences, which are inaudible or invisible to the rest of us. Percepts is a sensitive exploration which maps out the perceptions of “voice hearers”.

Synopsis: A village in the Galician coast. Time seems to stand still. Everybody is paralysed in a reflexive posture while nature and animals move freely. However, we can still hear people talking and moving, as if they were in a parallel dimension. The feeling is like being in a limbo full of spectres. Three women show up, they seem to be able to move between those two dimensions. Those women are trying to do something we are not able to understand yet.

Synopsis: Chilo and Omar seem to be the only two men on earth. They live on a solitary beach in Baja California, Mexico, and their constant activity is fishing to survive. Their friendship, surrounded by sensuality, reminds of a love story. Through their conversations and their relationship, the film explores and portraits human condition.

On March 26 and 27, a select panel of international industry professionals will meet in Paris to watch these projects and meet their makers.

Please note that these screenings are accessible only to professionals engaged in an activity related to film distribution and broadcast: festival and TV programmers, sales agents, theatrical and digital distributors.

The ParisDOC Works-in-Progress is a unique opportunity for project holders to plan the career of their film in a creative environment, and for industry professionals to discover new and exciting projects at a key stage of the production process.

We warmly thank all the submitters for their trust and interest.

For an overview of the industry events at Cinéma du Réel, please click here