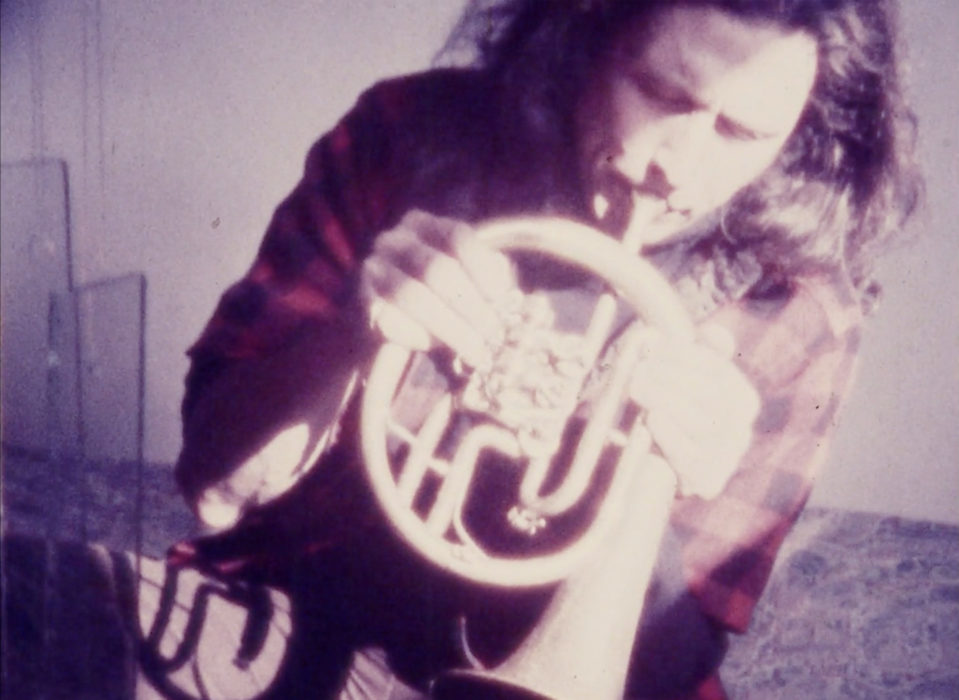 Rome, years of lead. Aldo Moro is kidnapped in the fervor of the Red Brigades. The armed struggle is propelled towards a political dead end. Alvin Curran, mythical figure of the musical Avant-Garde, strives to dissolve the figure of the author in the collective. The notion of instruments is extended to natural and everyday objects, producing revolutionary works.

Underneath the lengthy title of Éric Baudelaire’s new film, three films are hiding, separated by three credit rolls and three titles (Four Flat Tires, The Lost Score, and When There Is No More Music to Write). They evoke the figure of avant-garde composer Alvin Curran in his relationship to Rome, where he settled in the mid-1960s, and the music he created there, mainly within the famous Musica Elettronica Viva collective. But as the sub-title of the last of these films indicates “of about Alvin Curran”, the project is no less a portrait than a collaboration: Baudelaire’s collaboration with the composer, whom he never films in person, but whose thoughts and sounds he borrows; with his long-time editor, Claire Atherton; and with Maxime Guitton, a researcher involved in the project right from the start and who unearths priceless material. But Baudelaire also draws on Alvin Curran’s collaborations with his own companions, such as the underground filmmaker Annabella Miscuglio, of whom Baudelaire includes several films; with his city and his times, marked by the kidnapping of Aldo Moro and the revolutionary struggle. For it was in reaction to the discourses on the end of history and to the Years of Lead that Alvin Curran justified a musical art free from scored music and focussed on collaborative and performative processes. And to oppose political deadlocks and death, the cinema of Éric Baudelaire, in league with the oeuvre he documents, plays down the figure of the author and the pretension to an art as a single unit. Three times over the film ends and restarts, with the certainty that by replaying the end, everything can begin again.

Eric Baudelaire is an artist and filmmaker based in Paris. After training as a political scientist, Baudelaire established himself as a visual artist with a research-based practice in several media ranging from printmaking, photography and the moving image. His feature films A Flower in the Mouth (2022), Un Film dramatique (2019), Also Known As Jihadi (2017), Letters to Max (2014), The Ugly One (2013) and The Anabasis of May and Fusako Shigenobu, Masao Adachi and 27 Years Without Images (2011) have been programmed widely in festivals, including Locarno, Berlinale, NYFF, TIFF, FIDMarseille and IFFR.