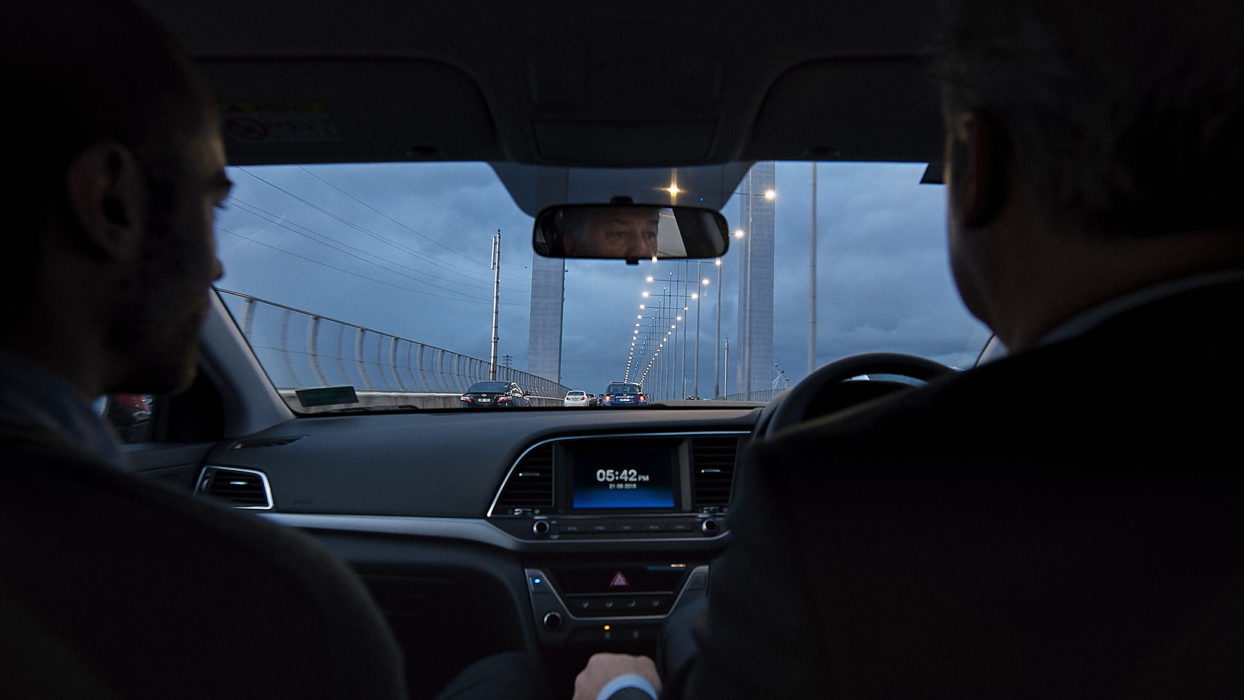 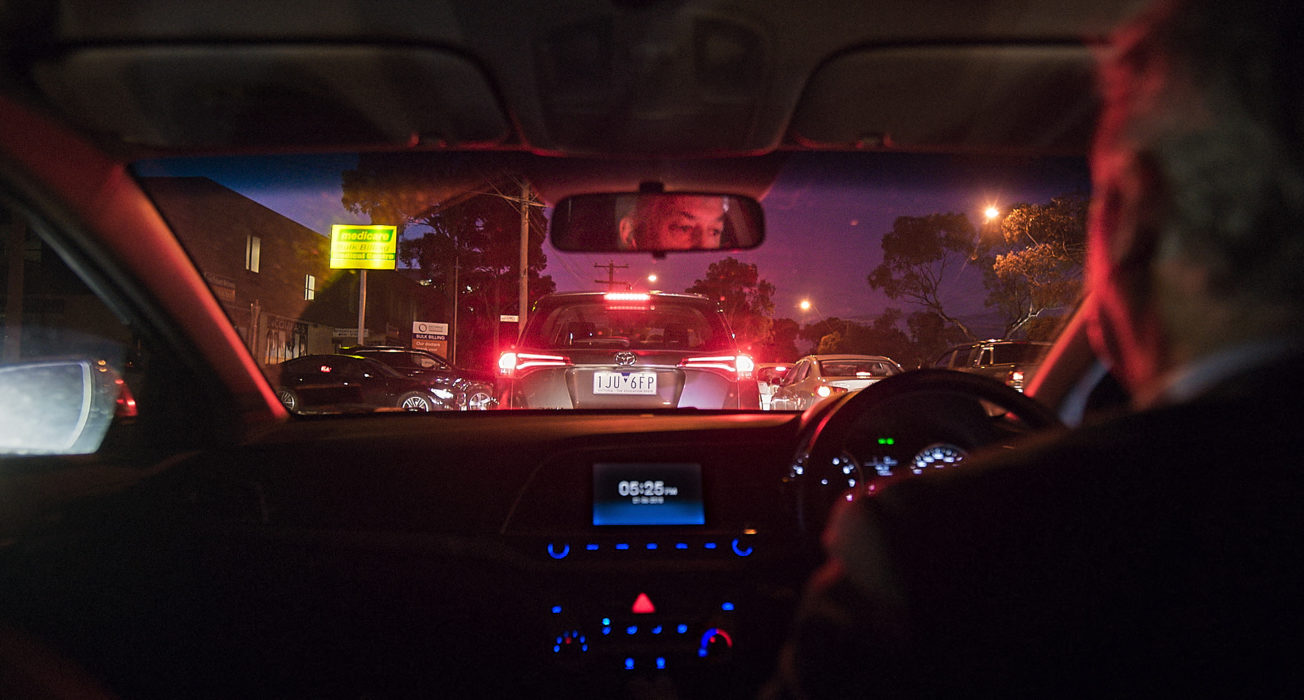 Every evening a man in his late 50s commutes home at the end of the working day in the outer suburbs of Melbourne.

It’s around 5 pm. From the back seat of a car, we see a man take the steering wheel. He calls his mother, then his wife, Cheri. Turns on the radio, turns it off. Gets stuck in the traffic. Before he arrives at his destination, we find ourselves back at square one, along with the man. This time, his colleague David gets in the car with him. The journey is repeated again and again as the seasons go by – a call to his mother, to Cheri, with or without David –, but we never see Andrew arrive home. He is the driver, but the route is already charted, and he has to adapt to the trajectories of other drivers. For the duration of the film, the perimeter of his existence is confined to the inside of his car, but what is said opens up a boundless space stretching out in all directions. The present, past, future, but also ideas, feelings and other possible worlds are packed into this bubble, which becomes a world in itself. The urban landscape endlessly passing by through the car windows is always the same yet never identical. As the conversations unfold time and again, the story of a life takes shape: recurrent characters, doubts, regrets. Andrew is childless. “It was a choice, I think”, he says with his usual philosophical attitude, as the generation before his is disappearing. A second camera, free from gravity, wrests us from Andrew and plunges us into the middle of the bush. The drone’s jerky movements finally bring two silhouettes into the frame: Andrew and Cheri are well and truly there, their feet firmly anchored on Earth.

David Easteal (b. 1986) is a Melbourne based filmmaker. He studied law and literature at the University of Melbourne, and currently practises as a barrister at the Victorian Bar. His short films screened at various international festivals, including the New York, BFI London, Chicago, Kiev Molodist, Sofia and Singapore film festivals. He received the Award for Emerging Australian Filmmaker at the 2015 Melbourne International Film Festival.  His first feature-length film, The Plains, received the Films en Cours post-production support award at Belfort International Film Festival Entrevues.