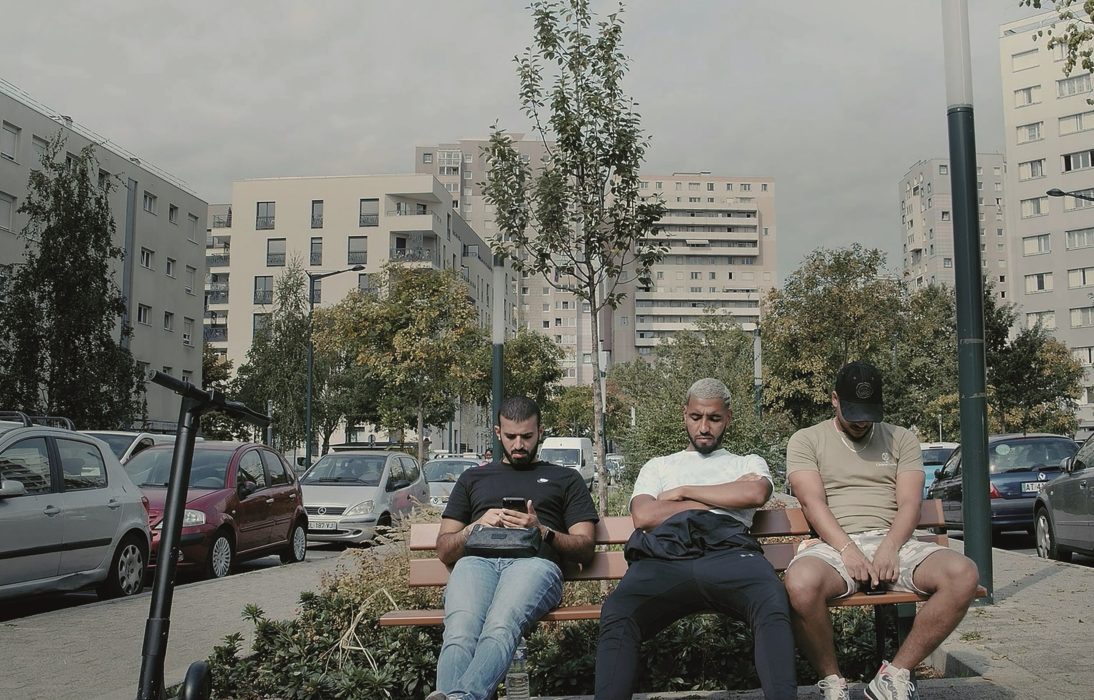 The destruction of the block of buildings named Gentianes in 2011 records the beginning of a new era for the Mourinoux neighborhood and its inhabitants. If they have to leave, where can they go? How to get there? Memories are shared and other places are imagined as conversations take place between a few young men born in the 1990s.


The clouds of dust spewed out by the destruction of a residential building in the Paris suburb of Asnières echoes the fantastic smoke seen on a television screen: smoke created by the transformation of Son Gohan in Dragon Ball Z. The painful archive and the manga sequence are the two nodal points of a youth that persists into adulthood for want of a future in which to imagine oneself. Rayane Mcirdi organises semi-improvised discussions in secluded spaces – the corner of a car park or an isolated bench – against the backdrop of the redevelopment of Les Mourinoux, a social housing block, leaving nowhere for people to gather together. Conversations with friends and one of the neighbourhood’s old-timers unfold like Socratic dialogues. Arguments and counter-arguments circumscribe a problem: the unalterable attachment to a place that has nonetheless lost its substance. The companions scour the range of possible, even fanciful, futures, and try to project themselves elsewhere. Iceland? Thailand? London? Their villages across the sea? Which skies could be the most clement for young French-speaking Muslims? The concrete cocoon of Les Mourinoux offers a feeling of security, but is crumbling under their feet, leaving them without their bearings. Can the ties that were forged there be rebuilt elsewhere? Beneath its playful façade, the film conveys the pain spawned by the instrumentalisation of a territory previously reserved for the poorest, but now prized for the construction of Greater Paris. On the images of spanking new buildings designed to house other social categories, the manga dialogues still resonate: “Let your anger fly, it will show you the path to victory.”

Rayane Mcirdi was born in Paris and grew up between Asnières-sur-Seine and Gennevilliers, in the Hauts-de-Seine department. He graduated from the Ecole Nationale Supérieure des Beaux-Arts in Paris and the Ecole Nationale des Beaux-Arts in Angers. His work, midway between fiction and documentary, is based on stories, memories and anecdotes collected from his relatives, which he compiles into short and medium-length films.Since 2015, his films have circulated in group exhibitions and video programming. Among them: You’ll Never Walk Alone (Sharjah Biennale 2017, Magasins Généraux 2018), Le Toit (Dada Marrakech 2020), Le Jardin (Galerie Édouard-Manet, 2021).