The writer Felix Bruzzone embodies a runner who has an obsession with Campo de Mayo, the biggest military unit in Argentina. It is also the place where his mother disappeared in 1976 and the main clandestine center of detention, torture and extermination during the last dictatorship.

The new film of Jonathan Perel (Responsabilidad Empresarial, Cinéma du Réel 2020) is an adaptation of Felix Bruzzone’s book Campo de Mayo, and takes the Argentine author as its protagonist. Bruzzone’s idea was to do a survey around this vast military base on the outskirts of Buenos Aires which had served as a clandestine detention centre during the 1976-1983 dictatorship – while out running. Between two breaths, Bruzzone explains his reasons: his mother, who went missing during his childhood, died there during her secret imprisonment, a fact he only discovered after buying a house in the vicinity. In a series of interviews in the neighbourhood – in between two runs and still in his sports attire – Bruzzone draws closer to the black hole that the infamous Campito represents for the capital and in the memory of the Argentine people. He circles round it, almost as if running a marathon, then penetrates it little by little. To discover what? The spectre of coercion. Ruins visited by strange patrols; a railway track to go forward or back in time; a sports event with a fascist stench; wastelands that a rudimentary simulation transforms into a horrifying video game, once the bodies disappear. On the one hand, there is horror, personal, collective, apparent or latent. On the other hand, the running, patient, persevering, resistant at times, warlike, competitive, deadly at others. And between horror and running, a new topographical and performative approach for Jonathan Perel, where bodies and images train each day on remembering or forgetting, on grief or irony. 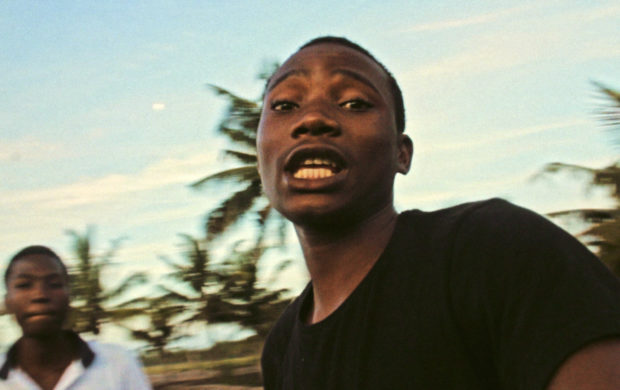