Dawn in Venice Beach, California. Every morning, the homeless living by the beach wake up and have to tidy up the space where they spend the night. As the sun slowly rises, their voices express their views of the world. Every morning, as in a Sisyphean play, it looks as if nothing has changed. Every morning, little by little, the neighbourhood by the sea they call home and the country are changing in strange and terrifying ways.

From the remarks she gathered from the homeless people living in Venice, Los Angeles, Marion Naccache chooses not to keep the factual data – their life course, living conditions – but rather the way that each of them perceives the world surrounding them. Its dimensions vary depending on the person. First comes the immediate environment, the postcard landscape with its immense sky, ocean and palm trees. They talk about the myths and stories surrounding the birth of this former “seaside ghetto” founded by Abbot Kinney in the early 20th century along the lines of the Italian city, now squatted by Snapchat employees. Some mention the election of Donald Trump, the Native Americans’ struggle and Alaska’s melting glaciers, but then the scale broadens out to the point of pushing back the limits of human perception. The question of meaning arises here more than elsewhere. Each constructs their own religion: there is talk of teleportation, lucid dreams that teach them to fly, and Satan. And because the voices are disconnected from the bodies carrying them, they finally seem to resemble the spirit of a place that Marion Naccache films in wide-angle, static and repeated shots. Over the lapse of a single story, night unexpectedly turns to day, as if we ourselves were slipping into the landscape and taking on another perception of time. Yet, the world continues to race by without regard for what is imagined here. Every morning, between 5 and 9 o’clock, the same ballet is repeated: everyone takes their place for the day, so that nothing will change. 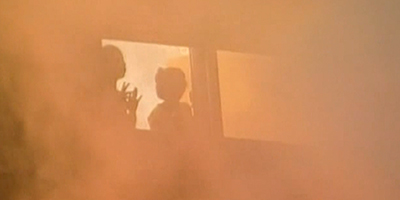 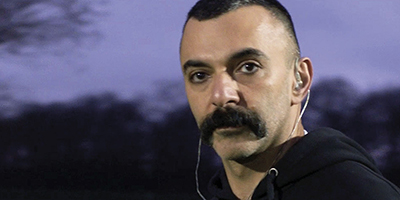 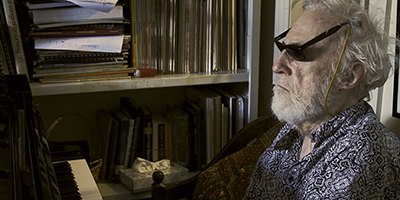