Between rain and clearer spells, in the footsteps of Ozu in today’s Japan, people met, wordless encounters… Also some seismic events, a trembling of the ground which does not interrupt the course of the film. And just for the sake of a story: a forgotten umbrella in a hotel room.

Don’t let poverty stare you in the face, but rather let yourself drift like a gourd floating on the river. This is how the 17th-century Japanese poet Asai Ryoi described the present-day sense of the floating world (ukiyo) concept, encouraging his reader to abandon any hope of reward in the hereafter and enjoy the pleasures of the present moment. In his film, Jean-Claude Rousseau responds to this call. He writes, for instance, in Les Draps pliés du grand lit recently published by Éditions de l’Œil: “Nothing in the future is more certain than death. The most perfect, the most definitive certainty. And yet, thought vacillates when faced with death; being sure of this offers us no reassurance.” Subtitled “Sketches and Drawings”, this third film shot in Japan, after Arrière-saison and So Far, So Close (2016), openly draws on the pictorial tradition of ukiyo-e. We recognise Hokusai in his multiple views of Mount Fuji, or Hiroshige with his enchanting landscapes populated by tiny characters, Nara wood where stags with mutilated antlers bellow, bridges suspended over ponds for the photo of young newly-weds. Similarly, the film’s structure remains faithful to the Tokaido Road, which gave genre painting its motifs, placing views of distant cities along the railway lines, as fleeting as a breath of air, edited as an eye blink. But clearly, Un monde flottant is fully part of a more basic and direct relationship to art. The vivacity of the line, the taste for chronicling, the gaiety and anxiety, the acquiescence to the impermanence of things that appears in the accidental or deliberate movements causing bodies and images to falter, and which gives them their true justification. “No need to create without imbalance”; “creation, in art, is simply a series of reinstatements”. 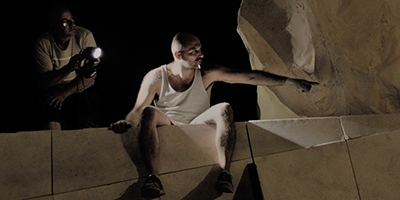 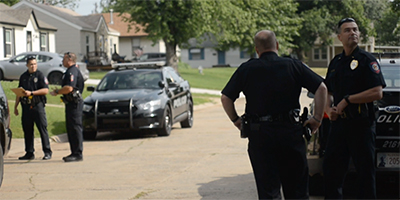 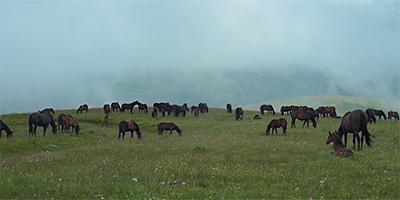