When Thomas Sankara was assassi­nated in 1987, Bikontine was only five. It was his generation that rebelled years later to finally over­throw his successor, Blaise Compaoré. But after the wave of hope subsided, the question remains: what is left of the “country of honest men”? Should people emigrate or stay? In this “Route One: Burkina”, a poet sets out to meet his compa­triots and rediscover his own country by following the route of a railway track. And a foreigner accompanies him and turns him into the film’s main character. Bikontine suitably bears his given name, which means “adult child”. In fact, he begins his journey in a school, a notebook and ballpoint in his pocket. We discover that the three colours of the Burki­nabe flag denote agriculture, light and the blood shed by the ancestors. Indeed, on his journey, Bikontine meets workers on the land, but also street sweepers, gold-diggers, doctors… Curious and open-minded, he starts up conversations with everyone, until he uncovers how each one feels about an unsatisfying society. The blood of the ancestors appears in the form of a bridge, built in 1932 on the orders of the French, but certainly not with their own hands. Sankara is the light that illuminates Bikon­tine’s path. This is the man, whose face constantly appears on screens, in books and on T-shirts and who had the Burkinabe railway extended to Kaya. On his arrival at the terminus, the poet must now continue his journey alone, in a present that is just waiting to be written.
–Olivia Cooper-Hadjian 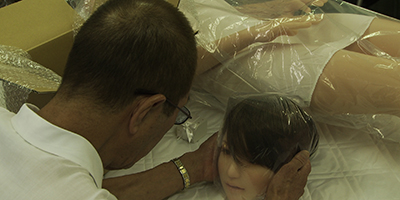 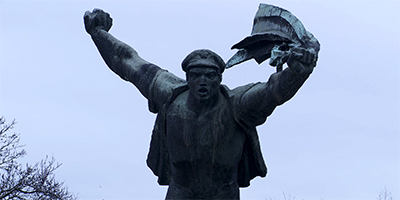 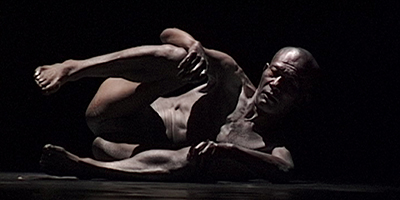