Night, like mourning, remakes space through absence: forms at the threshold of perception heighten sound and touch. When someone dies, there is a pull towards the concrete and tangible, but disbelief creates a world of unreliable objects.

Organic life, fixed in a cross-sectional microscopic view, is displayed to the sound of a machine-like note. A hand-written word then emerges out of the blur: “Don’t talk unless you can improve the silence.” Figure Minus Fact feeds on such paradoxes to in turn produce others. The initial coloured drawing could equally well be a scientific image as an abstract work of art. The ringing of bells is heard on the image of a motionless bell, which is set in motion only once it is out of the frame. The movement is begun but already stopped, or the contrary. Mary Helena Clark uses decontextualisation and convergences to trace unexpected paths between beings. Her images are tied by a logic that emerges gradually, as we let ourselves be penetrated by the delicate emotions that her images create, where things are stripped of the obviousness that so often characterises their appearance. Textures are diverse and thus clearly visible. The blue tinge of some shots evokes an excessively intense day-for-night, which would have failed had the aim been to create an illusory effect, but its purpose is rather to mimic night’s potential for transfiguration. A landscape is set in motion by the camera’s rotation. Cinema reshuffles the cards. The film grows out of a phenomenological relationship with the world: it anchors itself in the body filming it through a machine. It then swings like a pendulum between a communion with the natural world and the distance that imposes itself when life’s course is thrown out of kilter. When the microscopic view returns at the end of the film, the outlines of the cells are attacked by blurriness, before giving way to an implacable monochrome. 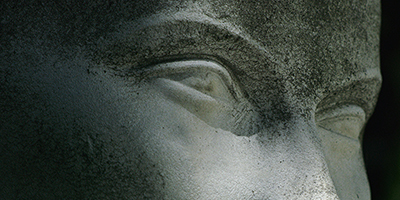 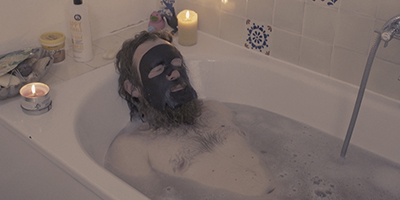 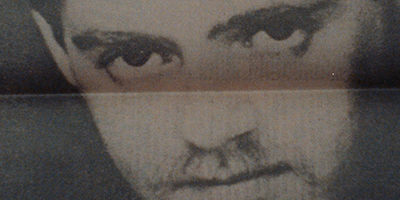