Based on the infamous Groningen HIV Case, in which three men drugged other men and infected them with their own HIV-infected blood.

A blue bathrobe, three wine glasses, two bottles of poppers, a bottle of rosé, three bottles of GHB, some hypodermic needles, some CDs, a love letter, a letter of allegiance… Presented in front of us by a woman police officer, in the space of a few minutes these objects paint the picture of the 2007 Groningen HIV case in which three men had drugged their unsuspecting guests during several orgies in order to infect them with their own HIV-contaminated blood. But the sinister humour of this sequence, reminiscent of Martha Rosler’s Semiotics of the Kitchen, betrays the partiality of a mise-en-scène that is both objective and totalising. Drawing inspiration from the speeches on love from The Symposium, Tim Leyendekker along with playwright Gerardjan Rijnders constructs a similar form, divided into seven parts filmed by seven cameramen and combining as many narrative modes and philosophical, legal and biological viewpoints. The purpose is to understand not only why the perpetrators indulged in this abuse, but also why their victims kept returning despite their suspicions. If Feast re-opens a case and taps into the trial-like rhetoric that typically underpins documentary inquiry, it is not to relativise the verdict of this affair but to unsettle its pretention to a monolithic truth and heighten not only the complexity of the case but also the spectator’s critical vigilance. By means of various uncovering techniques, each sequence gives us an opportunity to question the reality of what is presented to us. And yet, as an inspector suggests to one of the victims, we realise that the knowledge we think we possess fails to guide us – and very often leaves us dispossessed. 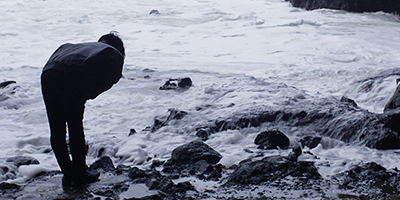 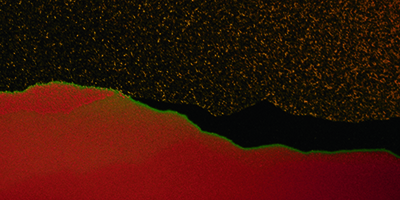 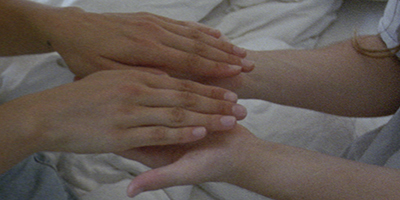