Dawn breaks where land is flesh
And bones’ echoes;
You’ve lived through extinctions –
Stars, skies, sand and seas;
Future is catching us up at last,
And all the dead are ahead of us.

An experimental Japanese filmmaker based in Montreal, where he co-founded the Double Negative Collective, Daïchi Saïto was one of the three artists invited by the Canadian curator Oona Mosna to film in the Andean mountains as part of the Underground Mines Program, which has already given birth to Malena Szlam’s Altiplano (Cinéma du réel 2019). No less sumptuous, earthearthearth adopts a very different formal strategy, preferring the static majesty of the landscapes in 35 mm to their geological particularities. It took five years for the film to emerge from the secrets and contingencies of his photochemical work. This points up the prudence that the idea of landscape inspires in the filmmaker, as well has his curiosity for what it hides and the feelings it kindles, his reticence to simply represent its beauty, which he instead integrates into the very substance of the celluloid film. Saïto lays claim to the haptic planeness of the image, where mountain summits divide vibrant masses. The images are like pieces taken from the rock and lengthily subjected to chemical processes similar to those that erode the land. As in Engram of Returning (2015), the images are offered up to the structural improvisation of saxophonist Jason Sharp – who uses the rhythm of his heart beat and acts on this through a circular breathing technique – and form an impressive hypnotic meditation on the instability of matter, the future of the earth and the need to think about how things interrelate. 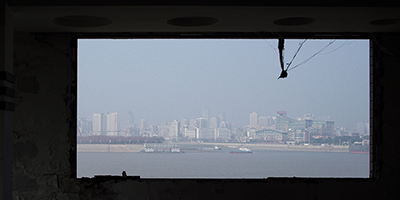 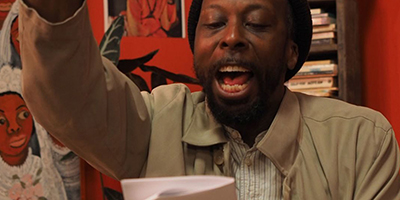 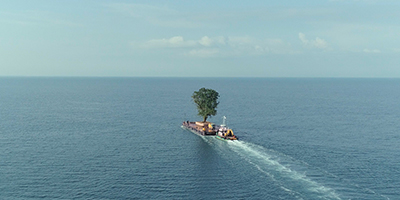