Cinéma du Réel, in partnership with Zarafa Films and with the support of CMC presents:

In the 1970’s in Brazil, the construction of the Trans-Amazonian road and the discovery and the exploitation of mineral deposits led the multinational companies to expropriate the indian tribes living in Amazonia. The Indians, attracted by gifts and lured by “pacifiers” who spoke their language, saw themselves ejected from their territories and put in native reservations at the end of the process. They thus have become completely dependent on the civilised world

Bonus :
First contact with the Ikpeng
Photo gallery, a hommage to Jean Rouch
Music from the High Xingu region Indians

THE MURDER OF FRED HAMPTON
Chicago 1968. Willing to shoot portrait of Fred Hampton, Illinois Black Panthers’ charismatic leader, Mike Gray and Howard Alk have to deal with his assassination in the middle of the shooting of the film.

AMERICAN REVOLUTION 2
Chicago 1968 : The Democrat National Convention. Two groups unite in their struggle against injustice in Chicago during the riots following the convention: the “Black Panthers” and the “Young patriots”, an activist movement politically self-defined as white, poor and southern.

Films distributed by Arte vidéo, following their screenings as part of the “Americana” retrospective of the 30th Cinéma du Réel Festival. 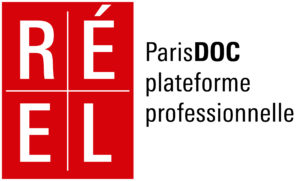 Launched in 2014 by Cinéma du réel, ParisDOC offers a series of events designed to engage professionals, support their needs, and encourage meetings and networking.

The Works-in-Progress, the Public Forum, the Matinales, and the various round tables are conceived as facilitators of projects : occasions for dynamic exchanges, with a perspective of development for the documentary cinema, from its production to its distribution.

ParisDOC is also a professional video library in open access and four days of conviviality, a unique opportunity for French and international professionals to meet, exchange and launch new projects.

In charge of the “Festival Parlé”: Alice Leroy

In charge of the programme “First window”: Clémence Arrivé

For its 41st edition, Cinéma du réel festival is focusing its Public Forum for documentary professionals on the theme: “Territoriality of funding, territoriality of content”.

In the 2000s, mainly thanks to the CNC’s incentive-based policy, French regional territories became the levers crucial to the existence of various films, production companies and directors and technicians not based in Paris. And the regions are now firmly established in the national and international landscape.

The emergence of these new actors and new practices constituted a fundamental shift that has upended some of the habits of the profession and its representatives. Today, with the restructuring of French regional authorities, this shift has accelerated even more, and most of the regional territories have had to redefine their policy in support of the cinema and audio-visual creation.

What specific difficulties do authors and producers encounter with territorial-based funding? When deciding which films to support, how can the right balance be found between prioritising the subject and attaching value to the work of creation? What ways forward exist to achieve better complementarity between funding and content when the framework of documentary production is territorialised?

The common goal of this Public Forum day is to question the relationship between audio-visual creation and the regional territories, and compare notions as fundamental as centralism with regard to the economic, geographic and cultural specifics of each territory.

– Gabrielle Schaff (Normandie – director, President of the board of ARNO)

with Julien Neutres (Director of Creation, Territories and Audiences, CNC)