As a rereading of his films,“in the fight against time”, Jean-Daniel Pollet brings together excerpts of his films and a report by Jean Baronnet. The author Philippe Sollers and philosopher Julia Kristeva voice their thoughts.

Pollet accomplishes a work that destroys and re-composes his previous films. Using scenes from Mediterranean, Order, etc. and a film by Jean Baronnet, he creates a new film in which all these past images enter into a new game, swirling, grandiose, spiralling....Again with Sollers’ text and Duhamel’s music, but this time Sollers and Duhamel are in the film, which, in its spiralling motion, continues, restarts, like ocean waves...in their endless toing and froing, the fight against time. Sollers, Duhamel and Kristeva are caught up in this continually resumed movement, this toing and froing with Soller’s voice-over text, which says what the images say, text and images call each other up in turn, a perpetual repetition, litanies, against time. The question could well be: “knowing if there is a chance of escaping time”...And Pollet films the joy of celebration, dancing, sweeping gestures (smoothing one’s hair, whirling in dance), reprised as if happiness were a musical and melodic repetition...as if happiness were learning the pleasure of music and dance.
–Colette Mazabrard (Cahiers du cinéma, July-August 1989) 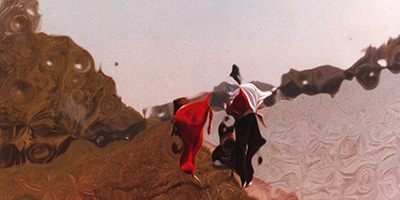 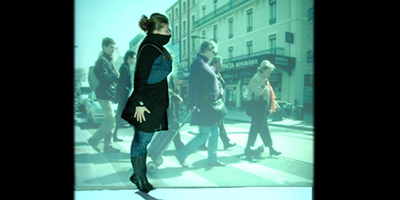 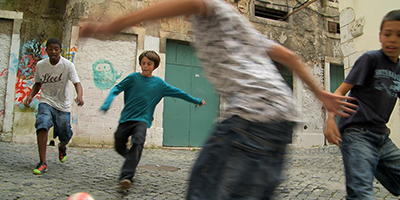