Presentation of the 43rd edition of Cinéma du réel 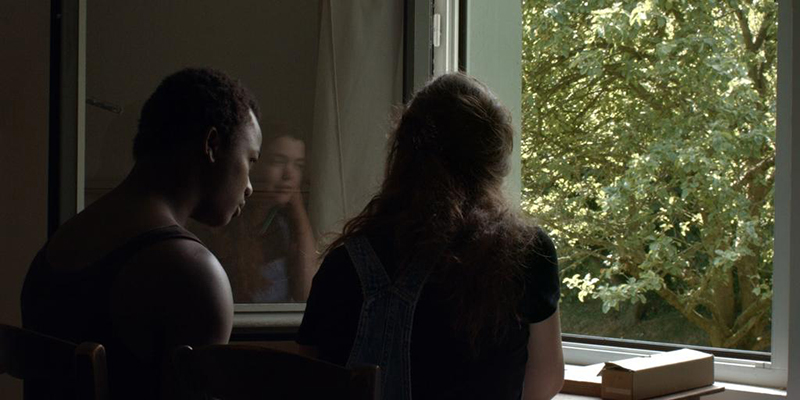 For one year now, we have been facing the Covid-19 health crisis along with all the uncertainties and upheavals that managing it has entailed. The festival’s preparation, the programming for this edition and the dematerialised format we are proposing have all been determined by this crisis situation.
This year, the people who make the festival have felt, more strongly than ever before, that a festival bears the mark of what is driving us at a moment in time, t, and acts as an echo chamber for the current climate that we are steeped in.
What makes a festival involves both putting together a programme and bringing together an audience who, during the course of the event,  grow, enjoy themselves, become as one. What is set in motion is the encounter between filmmakers, their works to be discovered and supported, and a community of spectators, “the public”, to be mobilised, enriched and challenged. But since the authorisation to reopen film theatres hung in the balance, we naturally had to devise an alternative proposal, a dematerialised version of Cinéma du réel, one that could resemble what we call a “festival”.

Our main intention was to create the conditions for an experience much like that of a festival-goer faced with a whole range of proposals, at fixed times. A spectator invited to choose between a whirlwind of proposals, screenings, discussions, who would build his or her own path from day to day through the works of  Pierre Creton, the competition ,the Popular Front(s) programme and the discussions led by professionals.
Suggest a pathway but also the feeling of travelling in the company of others!
By proposing that everyone watch the same films at the same moment, we could not only create the event but also weave floating ties between Cinéma du réel spectators in order to establish – and why not – a sort of communion.
We also wanted to create a moment of encounter around the films, the filmmakers’ work and the ideas that are stirring and passing through the professional sector. This year, these treasured moments of discussion that punctuate the festival each year will be filmed live on two sets. Shown at the same time as the films, they will round off the festival’s offer on CANALRÉEL.

The films presented at this 43rd edition of Cinéma du réel affirm the specificity of the cinematographic practice and the role it plays in representing, revealing, understanding and interpreting our world. With cinema, it is not a matter of reinventing a world that distances us from reality by reducing what’s real to an optical effect, but rather proposing one’s own images of the world. And, as these are different for each one of us, they enable new stories to emerge and thus open up for the spectator the realm of imagination.
Cinéma du réel aims to be exploratory and this is the driving spirit behind the competition, which intermingles 20 films from foreign directors and 20 French films, established filmmakers and young authors, shorts and feature films. Alongside these brand-new films, Pierre Creton’s complete works reflect the exploration of a cinematographic territory that expands outwards in concentric circles from the fixed point of the house in Vattetot, where he lives and works. His characteristic interdisciplinarity – the work in the fields, gardening and solitary artisanal filmmaking – is shared by the other filmmakers we have programmed in the section “Filmmakers in their gardens”. These two programmes, side by side, as an invitation to a re-opening and curfew-dodging.

As an exploratory festival, Cinéma du réel looks into what’s happening in the documentary world. The question What is the documentary? underpins the Festival Conversations section, which  aims to go beyond filmmaking itself and define not so much a genre as a practice, and perhaps even a way of being as much as a way of doing. This year, Festival Conversations focuses on the affinities and relationships between the documentary and literature and invites writers and filmmakers to explore the resonances between their works.
Cinéma du réel is also exploratory in its desire to chart the documentary films of tomorrow through a selection of films by young directors taking their very first documentary steps . Three screenings for 12 films are grouped under the “First Window” section and will also be available on Mediapart.

The pandemic has been an accelerator for digital platforms and all the initiatives for online film viewing that have emerged in recent years, be it Netflix or Tënk. The far-reaching changes that these new players have sparked in the film industry – the audio-visual landscape in general and the documentary in particular – will be among the topics featured in the Public Forum organised by the Amis du Cinéma du reel, in the discussion with the video publishers’ association Appel des 85 founded last spring, and in the Matinée des idées which focuses on the new images created by and for the Internet. What are we witnessing? A period of more or less unbridled experimentation that challenges the work processes of the different professional players, the balances of power and the relationship to the public? Is it a period of exception or an opportunity to propose new frameworks, rethink ways of doing and invent a new ecology for the industry? Can a new state of affairs emerge? For the moment, nothing is certain. But on our side, we have designed this edition of Cinéma du réel along the lines of our Popular Front(s) programme, which asks the question What use are citizens?, with the fierce  intention to produce a discontinuity in the implacable unfolding of events, a discontinuity that challenges, surprises, resists, delights.