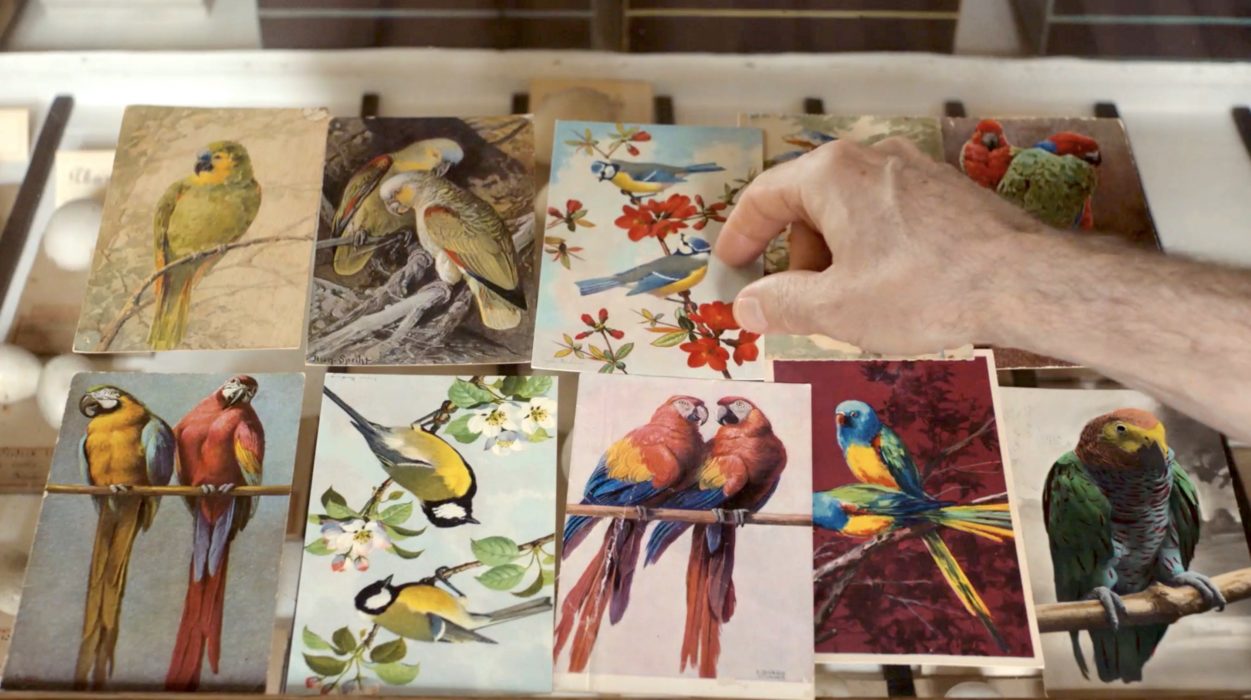 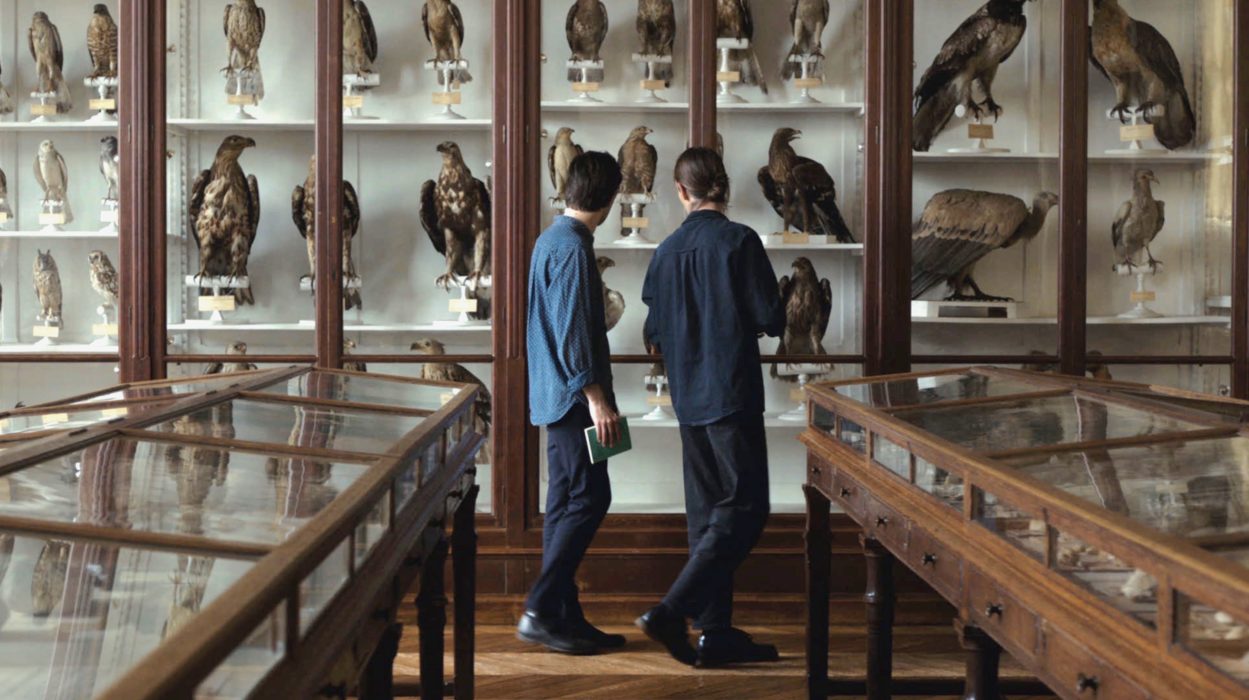 Composed of serious and funny musical scenes, an exploration of the virtues of translation and desire for communication between humans and birds. Told by a narrator from the future, after the sixth mass extinction, an observation of the attempts made to establish a possible exchange.

A voice from the future tells us how, in the past, men struggled to describe, transcribe, then imitate the song of birds, perhaps in the hope of communicating with them. Humankind has often delighted in this music of nature and, mingling admiration and appropriation, has attempted to adapt it to the parameters of the human world. Two men with similar features explore the history of these endeavours, collecting documents, interviewing musicians, gathering demonstrations. Musical scores, some ancient, others original, have sought to mimic these acrobatic melodies produced by organisms with superhuman abilities. Exceptional voices manage to produce sublime figures or tones approaching a bestial texture or pitch, but the resemblance between the two sleuths is always more evident than the affinity between these performances and the agile songs of our winged friends. Even when the musicologist Peter Szöke records them and plays them back slowly, their mystery remains intact. Despite their seriousness, these desperate attempts have a certain absurdity that lends the whole venture a comical touch – black humour was present right from the start, when the narrator announced the sixth extinction as a fait accompli. At the end of this journey, it turns out that birdsong is inimitable, and humankind is amiably returned to the vanity of its desire for power, the driving force of so many works of art and yet the mother of all destruction.

Érik Bullot is a filmmaker and theoretician. The author of numerous films midway between documentary and experimental cinema, he recently published with Éditions Yellow Now Cinéma Roussel (2021) and L’Attrait des ventriloques (2022). His work has been presented in numerous festivals and museums. He teaches cinema at the École national supérieure d’art (National School of Art) in Bourges. 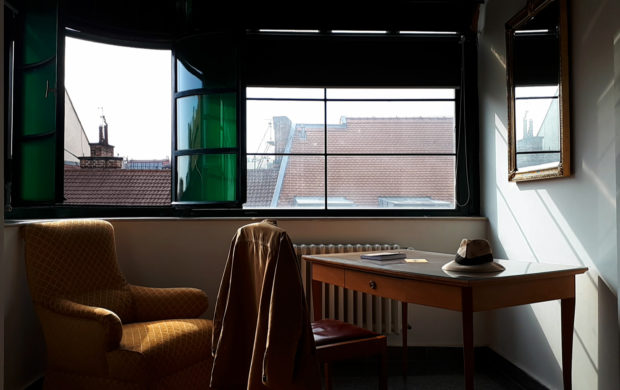