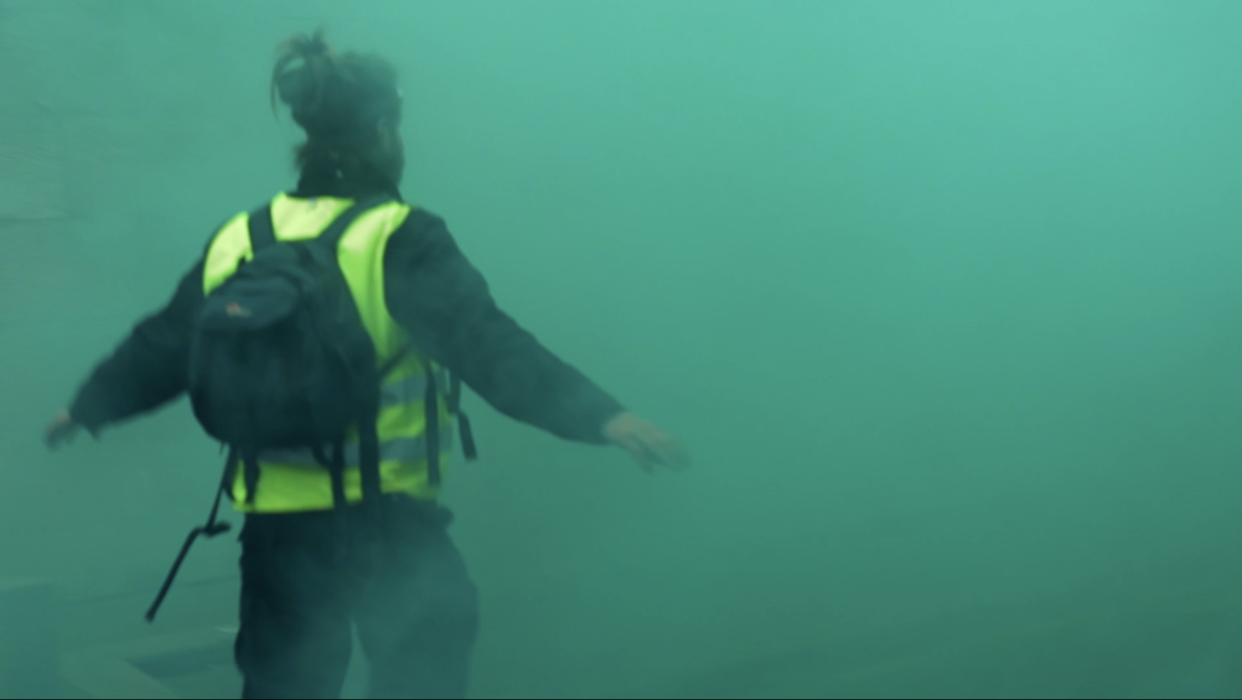 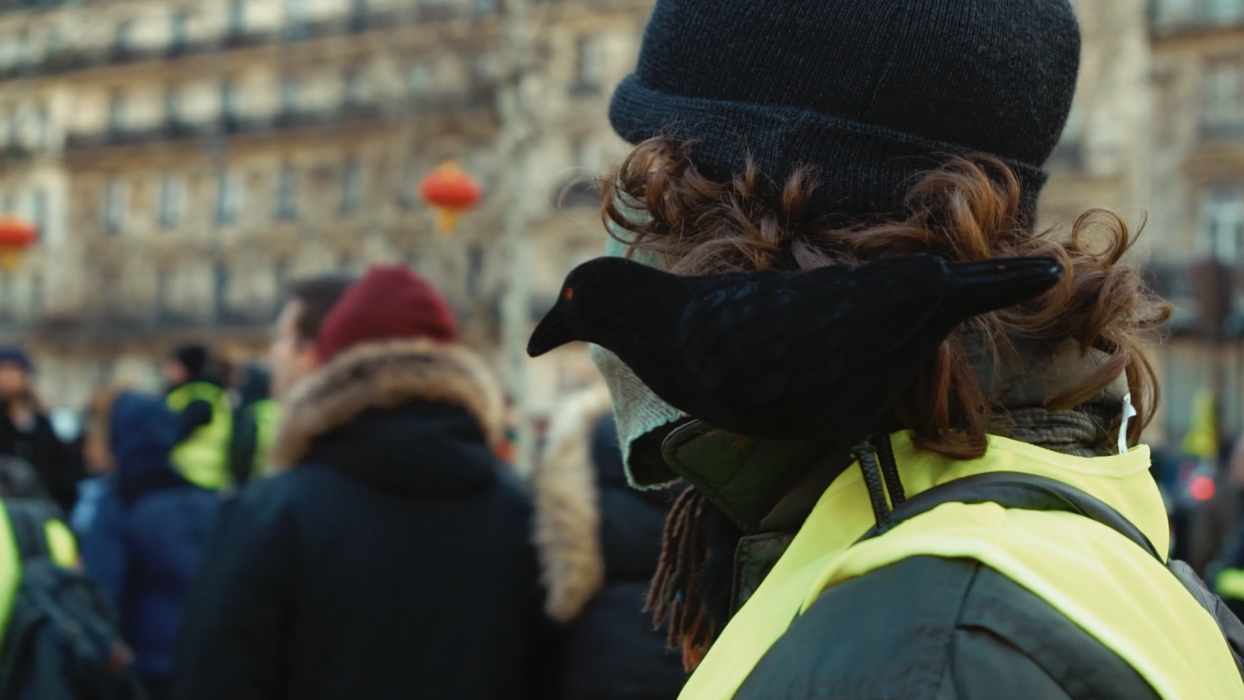 I meet Pierrot in the fall of 2018. We demonstrate together in the heart of the Yellow Vests movement. The earth trembles and so do our hearts. Our bodies mingles with thousands of others who express their anger in the street every Saturday.

To film the Yellow Vests movement, you somehow had to take part in it: show up at the roundabouts or on the street on Saturdays. Because how can you define this plural and spontaneous movement other than by “being there”? Laurie Lassalle was among those who maintained a presence in Paris. Her voice-over questions her desire to be part of the crowd – inseparable from her desire to meet up with Pierrot. What the filmmaker intrepidly addresses here is something that political analyses fail to see: the irrational side of engagement and the mysteriousness of sudden flare-ups such as the one in France at the time. The story of her Saturdays and the idyll consuming her become the metaphor that runs throughout the film of the desire to form a crowd against men in helmets. The experience is also sensual, mixing antagonistic impulses: being present to resist the morbid dynamics imposed by the powers that be means endangering one’s physical integrity. Assisted by Pierrot, who strikes up conversation easily, the filmmaker questions others who leapt into the breach opened up by the first Yellow Vests to vent their longing for a better world. Their stories speak more of political hopes than economic precariousness, and flesh out the image given to the movement. Tear gas grenades explode, defence-ball launchers strike. Laurie Lassalle films bodies taking hits, and returning even though they could get hurt, as she herself could by stripping her emotions bare. Love and revolution are perhaps utopias, but a spark always holds the promise of a blaze.

Laurie Lassalle lived a nomadic childhood between France and Nigeria. In 2014, she directed her first medium-length fiction film, I Made My Own Course Down The Passive Rivers, selected at the Critic’s Week in Cannes. She directed I Am Gong (Association 1000Visages) with young inhabitants of the inner city La Grande Borne (Jury Prize and Best Documentary at the Franco-Arab Festival). Today, she is co-writing with Lucille Dupré a script for a feature film. She is shooting her next documentary at the Notre-Dame-Des-Landes ZAD. Boom Boom is her first feature film.