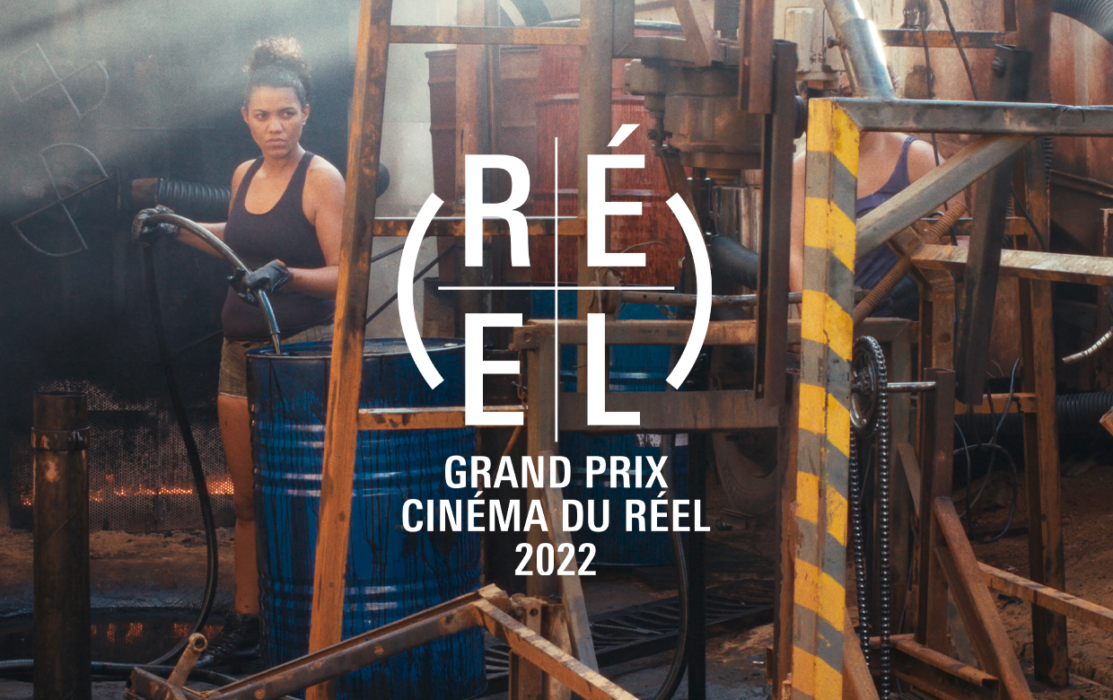 Cinéma du réel Grand Prize
Funded by the Bibliothèque publique d’information (€ 5,000) and the Procirep (€ 3,000), and awarded to one feature film from both International and French Selections.

For a radical and apocalyptic film that uses the cinematographic genres as a weapon to break the spell of the present. For the intensity and combativeness of its characters in that political context… Dry Ground Burning by Joana Pimenta and Adirley Queirós

For its cinematic writing of the contemporary history of a country striving for independence. For the meticulous and sensitive work on the material through the editing and the recreated sound that gives the archive a voice. For the unique testimony of its main character, who has our memory resonate with the present. Mr. Landsbergis by Sergei Loznitsa

Institut Français – Louis Marcorelles Award
€ 5,000 funded by the Institut français and awarded to a mainly French production feature film from both International and French Selections.

For its essential view of the place and role of immigrant workers in France and in their own country. For the singular quality of the personal archives accumulated over a whole lifetime. For the convergence of social and political struggles in a moving cinematographic gesture that pays tribute to the children of a colonised people, forgotten by history. Xaraasi Xanne (Crossing Voices) by Raphaël Grisey and Bouba Touré.

We, Students! by Rafiki Fariala

For its gentleness, its humour and its humanity, for the masterfulness of a story that is always on target and surprising, and which fully reflects the desire for change felt by this country’s youth, for the freshness of the director’s gaze and his cinematographic language.

AWARDED BY THE SHORT FILM AND FIRST FILM JURY

For its radicality expressed in bodies and intimacy, for its testimony against oblivion and for the intensity of its dispositif, which reveals the unequal struggle between a community of citizens and the State, we are giving this award to a film that attempts to celebrate victory despite the violence. Acquittal by Audrey Ginestet

Short Film Award
Funded by the Bibliothèque publique d’information (€ 2,500) and awarded to a short film from both International and French Selections.

For its elaborate narrative and the humour it deploys against a surveillance society, we are giving the award to a film that calls on the absurd to convey the deep inequalities at work in the world. Urban Solutions by Arne Hector, Vinicius Lopes, Luciana Mazeto and Minze Tummescheit

Tënk Short Film Award
Funded by Tënk (500 € and acquisition of SVOD broadcasting rights on the platform Tënk) and awarded to a short film from both International and French Selections.

By embracing the movements of the daily life of a youth filming itself in adverse conditions, this film finds an innovative way to breathe joy into the heart of myriad stories. Domy+Ailucha: Ket Stuff! by Ico Costa

AWARDED BY THE FOUNDATION CLARENS FOR HUMANISM

Endowed by the Clarens Foundation for Humanism (€5,000) and awarded to a feature film from any of the festival’s categories (competitive or not), the Clarens Prize for Humanist Documentary Filmmaking seeks to champion the cardinal values of mankind in various fields of social and historical experience.

For its elegance, for what it says about the immense difficulty of liberating oneself from the alienation imposed by one’s own community, for the filmmaker’s stealthy yet persevering commitment, we are happy to give the award to this film. Children of the Mist by Diem Ha Le

AWARDED BY THE YOUNG JURY

Ciné + Young Jury Award
Funded by Ciné+ and awarded to a feature film from both International and French Selections.

For having shown us ardently and forcefully the emancipatory saga of the generations of women and men who arrived from Africa, for having given a new momentum to the story of these struggles concealed in our national narrative, for the intergenerational transmission of the know-how of rural folk and their transnational militant ties, to pay tribute to a filmmaker who has passed his voice down to us – a voice through which we can hear the fate of thousands of others.Xaraasi Xanne (Crossing Voices) by Raphaël Grisey and Bouba Touré

AWARDED BY THE LIBRARY JURY

Library Award
Funded by the Direction générale des médias et des industries culturelles of the Ministry of Culture (€ 2,500) and awarded to a film of more than 50 minutes from the International Competition.

We were especially moved by a film in which human density and the fragility of destinies are evoked with a unique talent. We, Students! by Rafiki Fariala

This film takes a metaphorical approach to the question of transmitting knowledge about nature’s cycles, their loss and recreation, which is core to intangible cultural heritage. From the future, after birds have become extinct, the filmmaker questions what relationship humans had to the world and the richness of their communication with the birds. Birds have inspired multiple forms of cultural, musical, scientific and poetic expression, practices and creations; bird behaviour has been observed and their language decoded, transcribed, imitated and transposed. The filmmaker dares to venture into poetry. He questions the present and puts us face to face with the incalculable loss that would be caused should birds disappear. Language of Birds by Érik Bullot

This year, we had the opportunity to watch short films that were very different from each other. All of them took us on a journey to different places and cultures, questioned us on different themes and, above all, surprised us. Each film conveyed to us a different emotion. We have chosen to give the Bois-d’Arcy Remand Centre Prisoners’ Award  to a film that moved us on account of its subject, its characters and the way in which it was filmed.  The theme explored is a present-day issue that concerns and can affect all of us. Yet, through his approach, the filmmaker manages to communicate hope and the desire to dream of a new life. We appreciated the encounter between different generations, as well as their exchange of views, which reflect an attachment to a territory and its history and sometimes the risk of finding oneself stuck there. A kind of solidarity emerges from their humorous and kindly exchanges.

Lastly, we have chosen this film for its simple construction, one that includes the spectator and successfully builds a story out of moments of life. Le Croissant de feu by Rayane Mcirdi

Funded by the CNC (€2,000), which signs a contract with the project’s author to buy the rights for its catalogue, CNC-Images de la culture.

To take account of the exceptional wealth of proposals we had to discuss in this second edition of Prix Route One / DOC, the jury has decided to award not one but two documentary projects currently being written.

Two cinematic promises with radically different, even opposed forms, but which share the same desire to bring to light a part of reality that is sidelined or ignored. Whether they involve challenging the political ideal that drives young activists to mobilise and withstand the test of their failures, or rendering visible and fabulous the world of the night and the sewers where those who process our waste work. These two stories reveal a certain state of the world in which we live. We have chosen a first film for its sensitive and dreamlike mapping of the Parisian night and a second film for what it reveals about the wounds and hopes of a generation.

The Studio Orlando Award goes to a film project that plunges us into a mysterious place, a river of seven colours that was preserved by the guerrillas. After their surrender, the river was opened to tourism and capital: today, all of its wealth is exploited. We wish to award our “coup de cœur” to this film for the dreamlike dimension of its shots and the skilfulness of its editing choices. Río Rojo by Guillermo Quintero